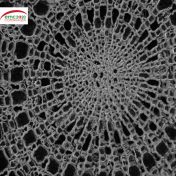 Although emc2020 had to be cancelled/postponed, this virtual meeting held between November 24-26 2020, will provide an opportunity for Early Career Scientists who would have attended and presented at the original congress. Who are in the very early part of their career,  such as students or less than 3 years have passed since the completion of their PhD by November 2020… Teljes cikk »